The Light No Darkness Can Overcome 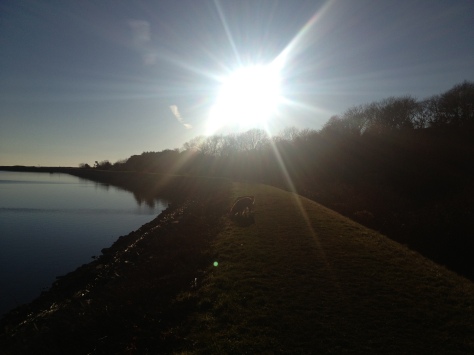 Many of the sacred texts for this season celebrate Light. “The people who walked in darkness, have seen a great light; all those living in a land of deep darkness, on us light has shined.” (Isaiah 9:2)

This reading from the Hebrew Bible was addressed to the Jews during a time of darkness, when they had been conquered by their enemies, and were living in captivity in Baylon. For over 2000 years it has been re-appropriated by Christians to celebrate Christ, the Light of the world, whose birth we celebrate on December 25.

We do not really know what time of year Jesus was born. It could have been spring, summer, or fall. We celebrate it on December 25, around the time of the winter solstice, to celebrate the long-awaited lengthening of days, and the returning of the light. This year, for one of the first times I can remember, the first day of Hanukkah, the Festival of Lights, fell on Christmas Eve. Both Judaism and Christianity, which share the same roots, celebrated the Light no darkness can overcome. On Christmas day we read one of my favorite bible passages, the magnificent prologue from the Gospel of John: “In the beginning was the Word, and the Word was with God, and the Word was God. He was in the beginning with God. Through him all things were made, and without him not one thing was made. In him was life, and the life was the light of the world. The light shines in the darkness, and the darkness can never overcome it.” 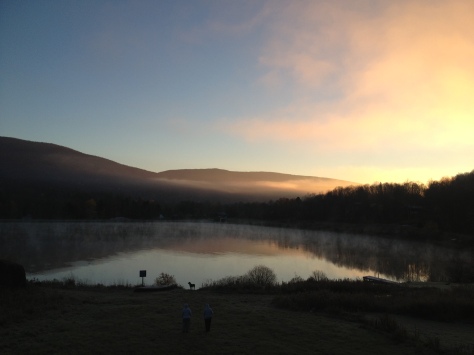 Let’s face it, we live in dark times. If you listen to the news, you know that there is a great amount of darkness in our world. It was not much different when Isaiah wrote to the people of Israel some 2700-2800 years ago. Both on a global level, (for example in the Middle East, particularly Syria, in Germany), and on a personal level, people’s lives are filled with darkness. The day after Christmas I was called to come to the ICU to give last rites to a beloved member of our church family. It reminded me of just three years ago, when my own father died just five days after Christmas. For many this season of “Light” is so dark, that many people celebrate a Blue Christmas. I did this on December 21 at an assisted living residence which I serve as chaplain. We celebrated Christ’s birth in the midst of a time of remembrance for all those who had died during the past year: death and birth held together, darkness and light.

The Episcopal Bishop of Rhode Island, the Right Reverend Nicolas Knisely, sent to us clergy a brief four minute Christmas message. Like my own message, his was about Light in the midst of darkness. Many people do not realize that he is a scientist. His Christmas message spoke of photons, the smallest bit of light, that can still be perceived with the human eye, that despite its minute size, can still push back the darkness.

In my sermon I told the true story of a young boy who lived on the Isle of Crete during World War II. The beautiful Isle of Crete, which I had the privilege of visiting some five years ago, was occupied by the Nazis and devastated by Nazi bombings during World War II. This young boy combed the devastated countryside, looking for something to play with amidst the rubble. He came upon a rearview mirror, from a wrecked Nazi motorcycle. This became his most prized possession. He derived great joy from seeing how he could maneuver it to reflect light into dark caves and deep crevices in the earth. What joy it brought him to shine Light into the darkest places!

Isn’t that our job today? To seek those bits of light in the darkest places? Also to reflect that Light of God into the darkest of places and situations in our world today?
Christmas continues for twelve days, culminating in the Feast of Epiphany, which is also about Light, the brilliant, radiant light of that Star, which guided the Magi on their long and arduous journey to the Christ child. In the early Church three events were all celebrated together, and called “Epiphany:” the birth of Christ, the visit of the Magi, and the baptism of our Lord. Each of these three events was indeed a kind of “epiphany” – a manifestation or showing forth or revelation of Light.

During this Christmas/Hanukkah/Epiphany Season, this celebration of Light, may you and I on our own journeys of life seek those glimpses of Light in the midst of the darkness of our world today. May we be like those photons, realizing that even in our smallness, we are able to push back the darkness. May we see the Light of God in all we encounter, and may we reflect that light to all we encounter, that Light no darkness can overcome!
Let your light shine!