The Light Within Us Epiphany, 2018

Today, January 6, is the Feast Day of Epiphany, and also the Twelfth Day of Christmas, when we remember the Magi, who travelled a great distance in search of the Christ child. Although our Nativity sets have the shepherds and the Magi all there together at the time of Christ’s birth, many traditions actually maintain that the Magi arrived quite a bit later, perhaps even when Jesus was a toddler or young child, as opposed to when he was a newborn infant in the manger. Although our Nativity sets have three Magi, if they were truly wise, they would never have travelled for several months across the Arabian desert in such a small group, but would have travelled with a much larger caravan. Only the Gospel of Matthew mentions the Magi. In Matthew Chapter 2 we read that Magi from the East had followed the light from a star, which led them to the Christ child. Every year the Magi in our children’s Christmas pageant have included girls.

This is most appropriate, actually, because Magi, the spiritual leaders of the Persian religion, Zoroastrianism, could be male or female.
A few years ago a friend gave me a book called “The Revelation of the Magi,” edited by a young Ph.D. candidate at Harvard Divinity School, Brent Landau. “The Revelation of the Magi” is an ancient document, which apparently circulated in the early years of Christianity, and then was lost, then only recently found and translated by Landau, working with Professors at Harvard. It is all about the journey of the Magi to the Christ child. It even includes ancient sketches of the journey. Indeed it names an entourage of over twenty Magi who journeyed together. There has been much debate among bible scholars as to what this star of Bethlehem could possibly have been.

In some art of the Nativity, you will notice what looks like a comet over the manger. Ancient peoples believed the appearance of a comet hailed the birth of a great person – usually either the birth of a great King or a great Holy One. Indeed Halley’s comet appeared not too far from the time of the birth of Christ, and Jesus turned out to be both the King of Kings, and the great Holy One! Other scholars believe it may have been a conjunction of two planets, which looked like a bright star in the sky. Still others suggest that it may have been a supernova, and ancient star in its death throes, exploding and in its dying giving birth to many new stars, an appropriate tribute from the heavens to the birth of Christ. But in “The Revelation of the Magi “it turns out that the “Star of Bethlehem” is not a literal star, not a celestial body at all, but rather Christ, the Light of the World himself!

They followed the “Light which shines in the darkness” (Isaiah 9: 2), the “light which no darkness can overcome” (John 1: 5). They followed the Light of Christ himself!
I myself really like this interpretation of the Star of Bethlehem as being Christ himself. In fact, many of our Epiphany Hymns bear witness to this interpretation, which shows how, if “The Revelation of the Magi” circulated for a few hundred years in early Christianity, it would remain part of the teaching and tradition of the early Church. I think of the Hymn, “Brightest and Best of the Stars of the Morning…” a beautiful Epiphany Hymn about Jesus Christ himself as the Star, our Bright Morning Star.

The word Epiphany itself means “manifestation” or “showing forth.” In common usage it has come to mean a “revelation” or “Ah-ha!” moment. Because the Magi followed the light of the star, Epiphany is all about Light, or “enlightenment.” But if the true Epiphany Star is not a celestial body, but Jesus Christ himself, then maybe Epiphany is really about us following Christ more deeply in our own life journeys. 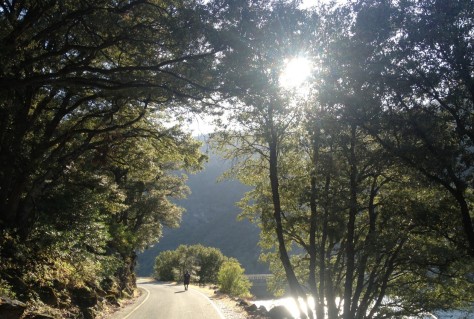 Another Epiphany book I have is appropriately titled “The Star Within.” Indeed if we all have Christ within us, then maybe the journey to the Christ child is not a literal pilgrimage but rather a journey within, discovering the Light of Christ within us, and letting that Light of Christ grow more and more in us throughout this Epiphany season. After all, Jesus, the Light of the world, says to us, his disciples, “YOU are the Light of the World.” During this holy season of Epiphany, may we follow that Star of Bethlehem, realizing that it leads us more deeply into ourselves, and Christ who lives within us. May Epiphany indeed be a journey, a journey growing more and more deeply into Christ, the Light of the world, the Light no darkness can overcome.

One thought on “The Light Within Us”