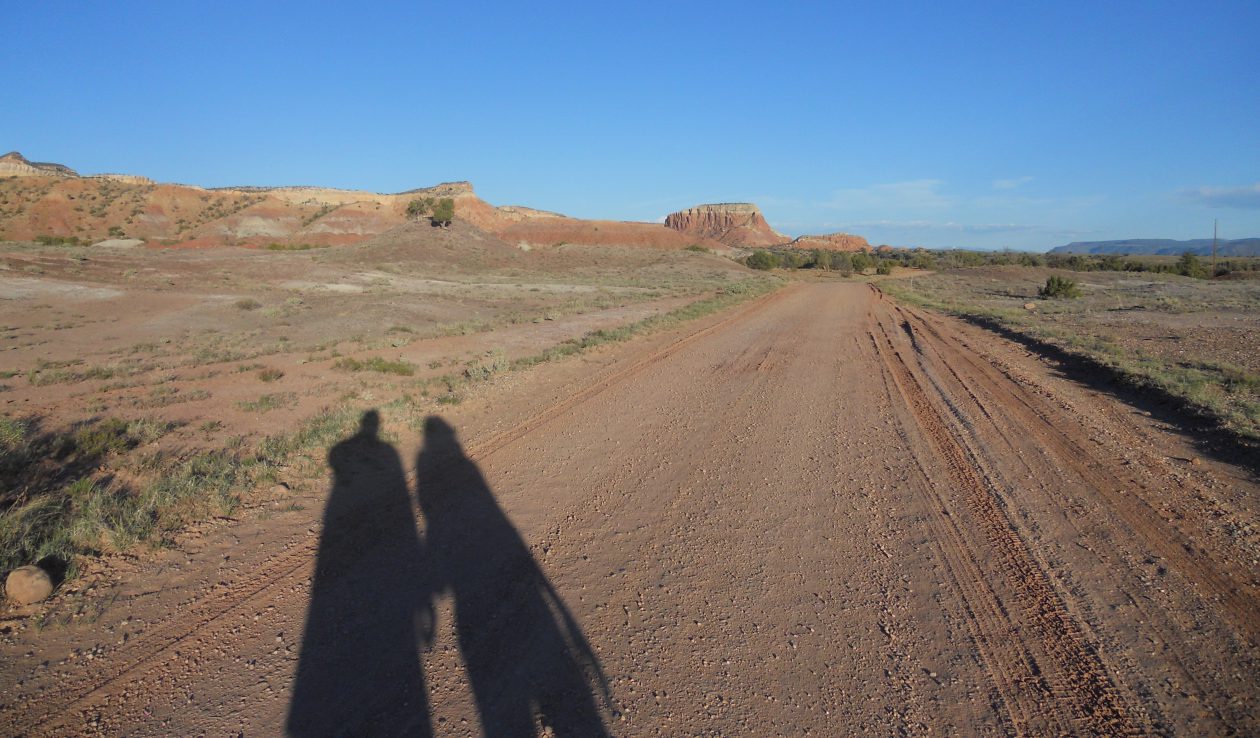 The Little Ones, Who Cry Out to God for Justice 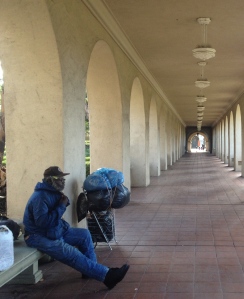 In this series on world religions, this week’s blog is on the Hindu philosophy. I begin with Hinduism because it is considered the oldest living religion, some say approximately 5000 years old, and hailing from the Indus Valley region. Today Hinduism is also the world’s third largest religion, after Christianity, and Islam. In my course I am teaching at Salve Regina University: “The Quest for the Ultimate: Dialogue with Global Religious Traditions,” each of us professors who teach a section of this required course looks at this vast subject through a different lens. The lens through which my course compares the world’s religions, is the lens of the “Anawim.” Anawim is a Hebrew world meaning literally “the little ones, who cry out to God for justice.: Anawim means the disenfranchised, the ones with no voice, the ones who fall through the cracks of society. For the purpose of narrowing the field a bit, I am focusing specifically on the poor, women, and, in response to the major concern of my university students, LBGTQ persons. 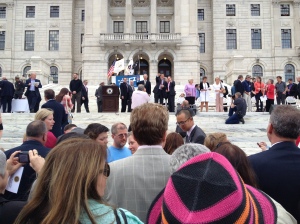 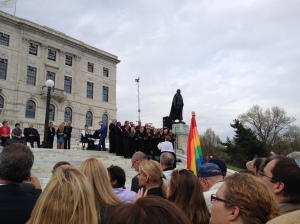 Hinduism is unique in this comparative study. The Chair of the Religious and Theological Studies Department at Salve asked me, “Don’t all religions insist on us helping the poor?” To his query I responded, “Not exactly.” While most religious traditions are committed to helping the poor, the Hindu tradition, with its ancient and still deep-seated understanding of the caste system, does not. In fact, personally, although I find the Hindu philosophy fascinating, and have incorporated many of its teachings into my own daily spiritual path and practices, the caste system is the thing in the Hindu tradition which I cannot help but critique. 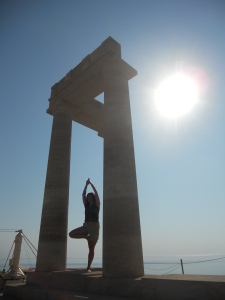 Hinduism’s caste system is set up very differently than our unofficial caste system is set up here in the United States. We would put the wealthiest individuals at the top level, which would include Forbes billionaires: professional athletes, movie stars and other entertainers, entrepreneurs and CEOs of multinational corporations. In the Hindu caste system, interestingly, the highest caste was for the Brahmins, the priestly or religious leaders. Next came the Kshatriya/Warriers/Administrators/Organizers. This came to include political and governmental leaders. Thirdly, came the Vaishya/Farmers/Merchants/Producers. My grandparents were farmers. This would have been their caste. Finally, came the lowest caste, the Shudra/Workers/Untrained Laborers. In addition, were those who were so low in the system that they were literally “outside caste” or “outcastes,” known also at “Dalit” or “untouchables.

What is tricky about the caste system, is that it is understood also in terms of the Hindu belief in karma, literally “act or action” and reincarnation. Simply put, every act you perform has consequences, for good or for not good. You all be born in the next life according to the accumulation of the results of your many actions.
So, if you made horrible choices in your previous life, you would wind up in a lower place in the caste system, there to work it out for yourself, and hopefully to learn from your bad choices and accumulated actions, and move in the opposite direction in your next life. In fact, in one book I read, Huston Smith’s Illustrated Guide to World Religions, he writes that everyone goes through every caste in their soul’s journey through many different lives. The caste system is very rigid and fixed for this present life. You must marry someone within your own caste. If a person chooses to marry someone from a lower caste, they would also become a member of that lower caste, which for the most part prevents inter-marriage. You can see how this system does not necessarily encourage compassion toward those who are poor. After all, it is believed that it was their own bad choices that landed them in the caste they are in. Better luck next lifetime. 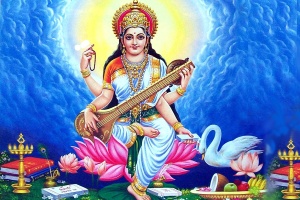 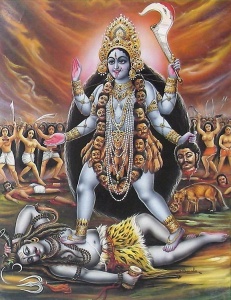 In terms of how women are treated within the Hindu philosophy, I had wondered if the tremendous number of goddesses would result in more equality for women in society. In feminist patriarchal religious systems, after all, the supposed “maleness” of God is often given as the reason why women do not have equality within the religious system or the culture, which is effected by the teachings of the predominant religious system. Theoretically, being in the goddesses’ own image and likeness, could yield more equality for women. But sadly in the history of India, despite Hinduism’s plethora of goddesses, women have still suffered from gross inequality. Even Gandhi, for all his vision, treated his wife very poorly, and did not look at women as equals, although he opened a little bit in this direction toward the end of his life. Sati, an ancient practice in India, where widows would immolate themselves on their husband’s funeral pyres, was thankfully outlawed in by queen Victoria in 1861, and in Nepal in 1920. In 1988 India adopted the Sati Prevention Act, which made it illegal to aid, abet or glorify sati. But as the recent gang rape and murder of a young woman on a bus in India reveals, women are still far from equality in India. 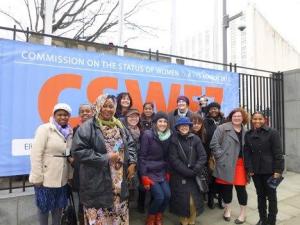 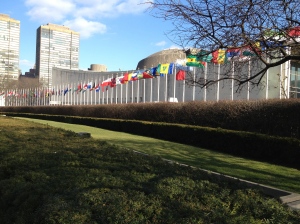 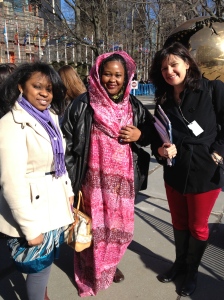 Two and a half years ago, I attended the 57th Commission on the Status of Women at the United Nations, just prior to the gang rape and murder on the bus. I went to many workshops and presentations, and learned, to my dismay, that in India sex-selective abortions and infanticide are still practiced, when the fetus or infant is female. This is also called “gendercide.” In addition, child brides are still sold by parents, who cannot afford to support girl children or pay a dowry. Sex trafficking is still an enormous problem, and its victims are over 90% female.
Finally, in terms of LGBTQ persons, information is hard to find. My Hindu friends say that the Hindu philosophy does not focus on LBGTQ issues very much. In my research I discovered that female with female relationships are treated more harshly and negatively than male with male relationships, so it seems that the inequality for women, in general, is reflected in the attitude toward same gender sexual relationships.

When I asked my Hindu friend, Coral, about Hinduism’s lack of equality due to the caste system, as well as the inequality of women, she offered a wise and astute response, in which we can see a glimmer of hope. Coral suggests that although a person from a higher caste might not be motivated to help a poor person from a lower caste, or a woman, or an LBGTQ person, because their region mandates that, a person still must act knowing that their every action (karma) is leading them to a higher or lower level of existence. So if you are a person of the highest caste, and treat a person of a lower caste horrifically, you will be bringing bad karma upon yourself, which may result in a lower level for yourself in the next life, whereas if you treat those at lower levels with compassion, you will yield good karma. 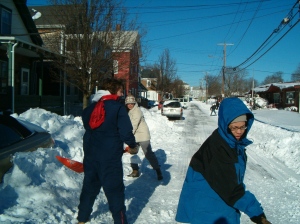 One final, hopeful way of looking at the Hindu philosophy, is that for anyone, the ultimate goal of life is “moksha,” freedom from the endless cycle of birth and rebirth. Through spiritual liberation, moksha, one can be catapulted out of the endless cycle (Sanskrit, “samsara”) of birth and rebirth, and become One with God/ Brahman, the Ultimate in whom we live and breathe and have our being. 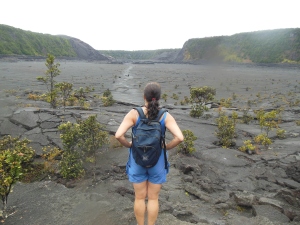 If you consider yourself a follower of the Hindu philosophy, and wish to debate any of these points with me, please do, as I always encourage a lively debate.
This day, may we all be set free, to see the Holy in all we encounter,
and to reflect the holy to all we encounter. Which is precisely what the Sanskrit, Hindu greeting, “Namaste” literally means.

2 thoughts on “The Little Ones, Who Cry Out to God for Justice”